Oil rig exploded in US state of Louisiana, injuring at least six 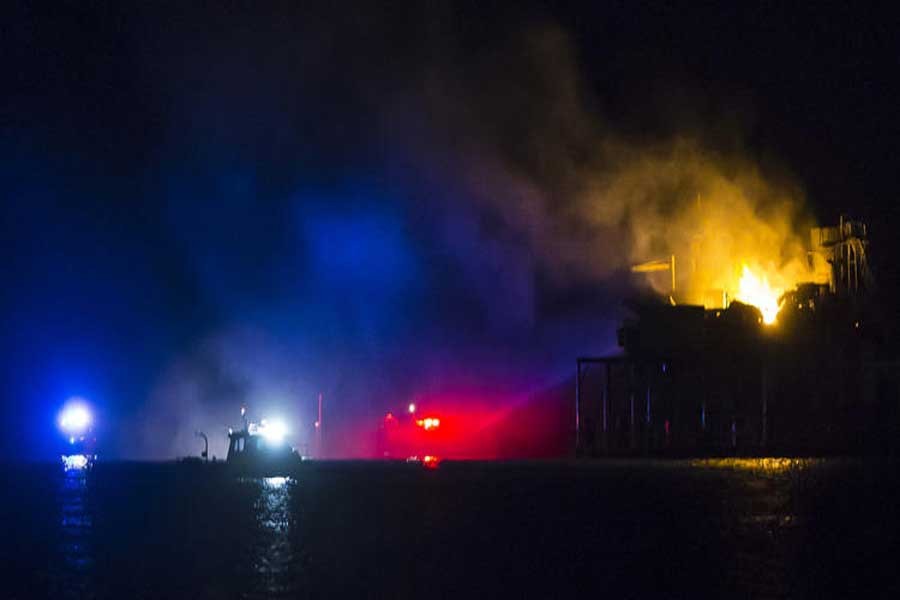 Kenner Police Department spokesman Sgt. Brian McGregor said Sunday evening that rescue boats were being sent from the Kenner Boat Launch, and that officials with the Jefferson Parish Sheriff’s Office are assisting, The Times-Picayune reported.

There were “a lot of injuries,” many of them serious, with at least seven confirmed and more expected, McGregor said.

Initial reports said six people were injured and one person was missing.

Five of the injured were taken to University Medical Center with “blast type injuries and burns” and are in critical condition, said Mike Guillot, director of East Jefferson Emergency Medical Services. The other two are in stable condition at East Jefferson General Hospital. Search and rescue efforts were continuing as of Sunday night. No deaths have been reported.

Reports came into the Emergency Operations center around 7:15 p.m. of fire and smoke being seen from Lake Pontchartrain, Jefferson Parish spokesman Antwan Harris said in a news release Sunday night.

“Several people have been rescued from the active fire on the rig,” Harris said.

“Authorities on the scene report that cleaning chemicals ignited on the surface of the oil rig platform,” the City of Kenner Government posted on its Facebook page Sunday evening.

Clovelly Oil Co. owns the platform that is in production, said Taylor Darden, a lawyer for the company who is listed as its registered agent with the Louisiana Secretary of State.

The platform, located in Jefferson Parish, is used for the transfer of oil, said Chief David Tibbets of the East Bank Consolidated Fire Department. He said the department’s current goal is to stop oil flow and, if needed, let it burn off safely.

Authorities acknowledged there was a possibility that the fire meant oil could be leaking into the lake, but noted that Jefferson Parish drinking water will remain safe because it is pulled from the Mississippi River.

Social media users reported hearing a loud noise that even rattled some homes.

Andrew Love, 32, told the newspaper he was inside his house about 10 blocks away when he heard the explosion. “My house actually shook,” he said. “At first I thought it was a sonic boom or something, I had no idea what was happening.”

Kenner Mayor Ben Zahn said that despite some reports of the explosion damaging local home, authorities so far have not found any evidence of that.

Flames could be seen from the area and the air smelled of burning rubber, according to the newspaper.

The Coast Guard will be conducting a water quality evaluation as well as the Lake Pontchartrain Basin Foundation.

Stocks open higher ahead of Eid